Skip to content
Homegold ivestingInvestors Relearn the Meaning of “Hedge”

Crypto was supposed to be a hedge against uncertainty, inflation, and bear markets. However, in 2022 alone, Bitcoin has lost more than half of it’s value. Does cryptocurrency have the staying power of an investment class? 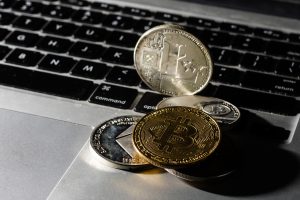 These losses are not restricted to Bitcoin. Solana, Etherium and Litecoin have all experienced massive drops year to date. This fall in value across cryptocurrencies has been sobering for investors who long believed blockchain technology would deliver stability and gains over the long-term.

Ipek Ozkardeskaya, an analyst with Swissquote remarked that “it is now clear that Bitcoin trades parallel to the risk assets, rather than [as] a safe haven.” He continued, “Bitcoin is still not the digital gold, it’s more of a crypto-proxy for Nasdaq.”

While plummeting cryptocurrency prices have dominated recent headlines there is another, less discussed reality taking hold. After more than a decade, Bitcoin and other similar currencies have failed to generate the broad based appeal so many expected. The crash in values in 2022 likely signal that cryptocurrency will not reach the heights so many anticipated.

In the meantime, investors are rediscovering the value of tangible gold in the current setting of inflation, uncertainty, and global tensions. This renewed interest comes from the widely held belief that gold presents about one quarter of the volatility seen in cryptocurrency, and stocks. As a result it seems that Bitcoin may not graduate from it’s current status as a speculative asset.

This is a problem for cryptocurrencies because its independence from traditional equity and bond markets has always been part of its appeal. The current market, however, is proving something different; cryptocurrencies appear susceptible to the same factors that are currently driving down stocks.

Moreover, these influencing factors are unlikely to improve any time soon. The US government has a long way to go before taming inflation and the war in Ukraine shows no end in sight. At the same time, supply chain woes are still hampering many businesses across the globe. Resolving these systemic problems will almost certainly require the start of a new economic cycle. This process will take time.

Consider that The National Bureau of Economic Research (NBER) has still not formally declared that the US is in a recession. The NBER currently defines a recession as a decline in activity across the economy for a period of several months. This drop in activity includes employment, industrial production, real income, and wholesale-retail sails. The bottom line: We are almost certainly in a recession now, but we are at such an early stage of it that it has not even been formally declared yet.

No one can predict what will happen with cryptocurrency in the coming quarters or years. What we do know is that in the last thirteen years it has fallen short of expectations. Bitcoin has not yet ushered in a new era of blockchain dominance and may never. Gold, in contrast, continues to enjoy worldwide demand and reduced volatility amid uncertainty.

Want to read more? Subscribe to the Blanchard Newsletter and get our tales from the vault, our favorite stories from around the world and the latest tangible assets news delivered to your inbox weekly.