“On average, European Union countries had a gross government debt of roughly 88 percent of GDP in 2021. This average disguises real differences between EU countries, however. Whereas Greece had a government debt of 193 percent last year, Estonia came last in the ranking with a debt of only 18 percent in GDP equivalent.” 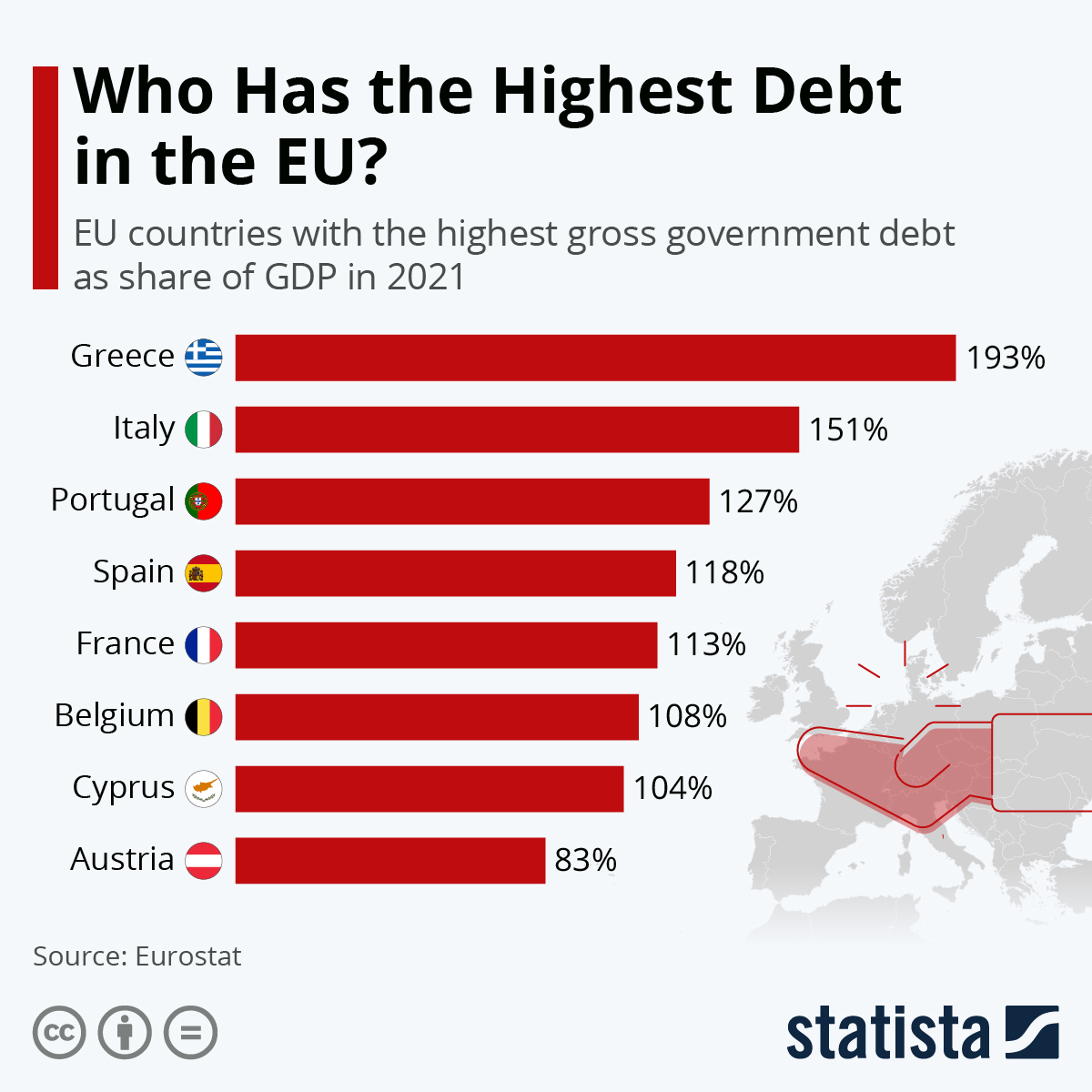 You will find more infographics at Statista

USAGOLD note: With interest rates on the rise, the problems associated with servicing and repaying EU sovereign debt are once again in the forefront – particularly for Europe’s southern tier.