What does that mean for you and your investments going forward?

Best-selling author, Mike Maloney of GoldSilver.com, is joined by Ronnie Stoeferle to discuss how this move could impact our already fragile economy. Ronnie has compiled the data of every single time the Fed raised interest rates, going back all the way to its creation in 1913… 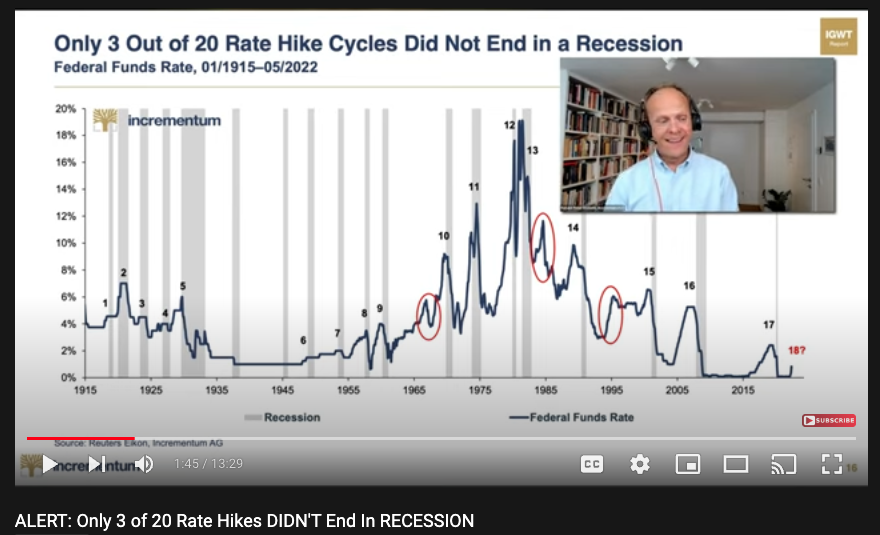 Meaning 17 of those 20 times DID result in a recession.

As many folks today are already struggling to buy groceries, fill their gas tanks, or purchase their first home, a recession is the last thing Americans need right now.

But that’s not the only troubling news out of the Fed. Mike and Ronnie discuss the Fed’s attempt to taper and tighten their balance sheet… 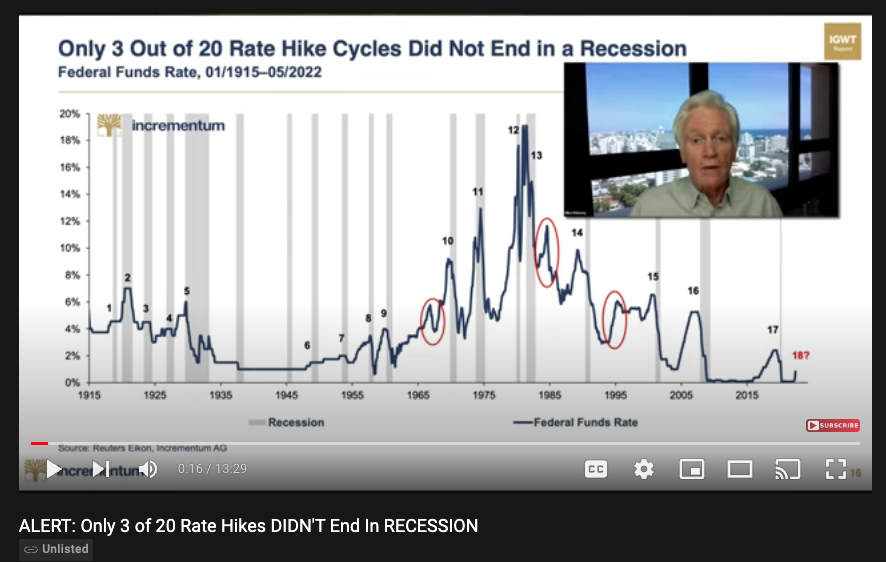 It’s another move that tends to be followed by disastrous consequences. During their conversation, Ronnie points out to Mike:

“We crunched the numbers, and in its 109-year history, the Federal Reserve attempted to reduce its balance sheet exactly seven times. Six out of seven times was followed by a recession.”– Ronnie Stoeferle

Costs of everyday goods are going up… People are tightening their spending habits… And businesses are starting to cut back.

Any way you look at it, things look shaky for the markets going forward…

That’s why Mike believes it’s critically important for you to take steps to prepare yourself for this coming shift – like owning real assets like gold and silver – if you haven’t already.

If you want to get all the facts about what’s really going on with the Federal Reserve and our economy, this is a video you don’t want to miss.

Mike Maloney is host of the smash hit video series, Hidden Secrets of Money; former Rich Dad/Poor Dad advisor; author of the best-selling precious metals book, Guide to Investing in Gold and Silver, and founder of GoldSilver.com – a global leader in precious metals investments. For more than a decade, Mike’s traveled the world sharing his economic insights with audiences from Hong Kong to Rome and from Silicon Valley to Wall Street. Get a free copy of his book: