The Fed will not save the market this time

The fractals, the repeating structures. The symmetry in time or space. History and the conclusions we draw from it. Mathematics in the price trend. The ignorance towards the history, the price evolution and the experiences of the generations that slowly only belong to our memories. Today’s ignorance of mathematics and its role in the pricing of what we buy every day. The history of the stock market. The prices, their laborious observation, which began in Japan 300 years ago and led to the introduction of derivatives, still foreign to most Europeans. The situation on the stock exchanges, which, as they say, reflects the nearest future in a flash (mainly thanks to the modern algorithms and computerized HFT trading) and only reacts to the coming(!) events now…

Consider the history of the last years and the current situation.

The Fed has been playing into the hands of Wall Street billionaires for years: every time there was a 20% or so drop in stock prices, the helicopter money came in the form of dollars to rescue the assets. This magic 20% of the free fall from all-time highs was supposed to mean the beginning of a bear market for most analysts and economists. If there was turbulence in the stock market, new shiny measures were immediately announced: bonds were bought, interest rates were lowered, money printed out of thin air was pumped into the veins of the banking system. Why such a violent reaction? 55% of the savings of future U.S. retirees are invested in risky assets like stocks, mainly through the 401(k)* program, which is a tax shield for U.S. citizens. That’s why the FED and the U.S. government need to pay close attention to the stock market. Even Alan Greenspan acknowledged that the level of stock indexes determines the level of the economy, not the other way around. If the American retiree gets a statement from his account every month and sees that he has more and more money, he might buy a new car, a cottage in Florida, or at least afford a trip to Vegas. If this is not the case, the demand in the country where consumption is responsible for the 70% of the GDP decreases and the electorate of the party currently in power is lost.

In fact, however, an average American gained little from the Fed’s mild interest rate policy: although he was able to live lavishly on cheap credit and collect dividends on his retirement account during the last 13 years of the “perpetual” bull market, at the same time his purchasing power sank like the Titanic along with the weakening dollar. The money was and is with the banks, not the people. Trump’s voters get that, and in the future they will probably speak up more with their social demands like the truck drivers in Canada did a few months ago. Apropos of the U.S. lower and middle classes, who supposedly could do nothing but increase consumption with their transfers of over $1200 per capita per month created out of thin air during the Corona crisis: the average Mr. Schmidt from Kentucky and Arizona, if he was smart enough, shunned cash, didn’t spend it all, invested in stocks, REITs (Real Estate Investment Trust), corporate bonds and other risky assets like cryptocurrencies, even if not consciously and personally, then passively and unconsciously as a contributing member of the pension funds that did it for him. The bubble in the market thus grew to proportions never seen before. 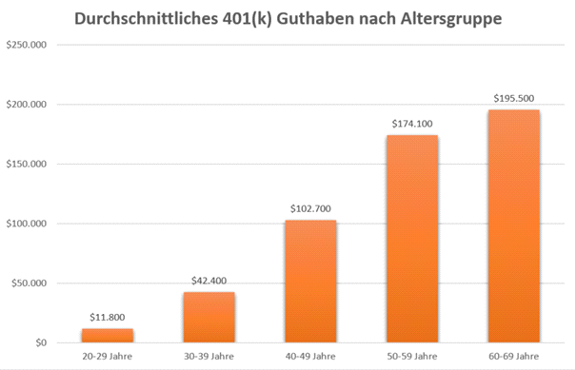 Now, at the moment of writing, the biggest bubble, Nasdaq, is down 30% from its all-time highs, which, by the way, we have warned about several times in our bulletins. Not a peep is heard from Powell on the subject of easing monetary policy. What a turnaround! Investors are now listening only to him, soaking up his words like a sponge, as if they were a coin at face value, hoping that the Fed will loosen its monetary and interest rate policy again after all, in view of the falling stock prices, and guarantee the eternal bull market, but he constantly wants to tighten his monetary policy, unaffected by the circumstances. Why? Perhaps he also sees fractal similarities with the last great crash of 2008, when the crash on Wall Street helped dampen inflation. Just compare the sections from S&P price trends circa 2008 and today, compiled with inflation. 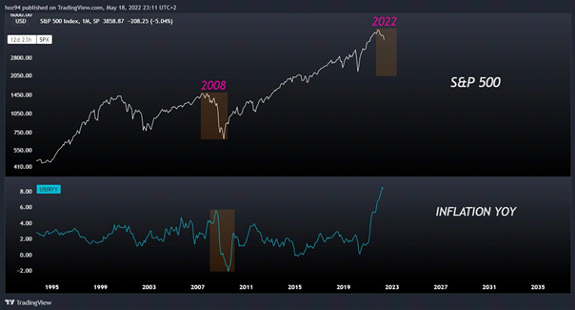 And if you like fractals (marked as rectangles above, marked as swings from highs to lows within months below), the graph also gives you an incentive to rethink. The stock market crash of almost 100 years ago and today’s price development of the US stock market look (too) similar. 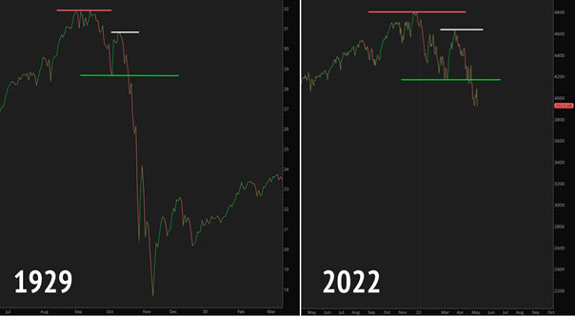 The small investors keep buying, the big ones have long since pulled out. U.S. companies are sitting on cash; the Corona era has halted corporate investment. Cash will burn in the future. Will corporations and the small fry put it back into stocks after the coming big reset? Is there really no other choice?