Skip to content
Homegold ivestingThe Fed “Doth Protest Too Much.” 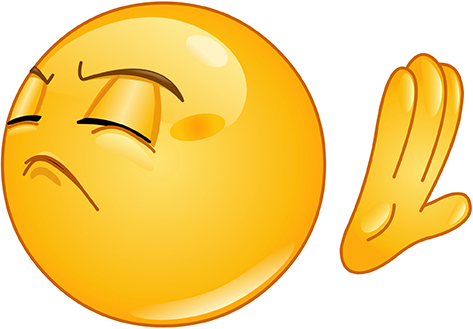 “WASHINGTON (AP) — Federal Reserve Chairman Ben Bernanke told a panel investigating the financial crisis that regulators must be ready to shutter the largest institutions if they threaten to bring down the financial system.

‘If the crisis has a single lesson, it is that the too-big-to-fail problem must be solved,’ Bernanke said Thursday while testifying before the Financial Crisis Inquiry Commission.

…. The Fed chief said bailing out these institutions is not a healthy solution and that great improvement will come from the new financial overhaul law. It empowers regulators to shut down firms whose collapse pose a broader threat to the system.

‘Too-big-to-fail financial institutions were both a source…of the crisis and among the primary impediments to policymakers’ efforts to contain it,’ Bernanke told the bipartisan panel.”

Having accomplished none of the above, when Bernanke turned over the reins to Janet Yellen, he had the audacity to write a book, “The Courage to Act.” Everything he did set the foundation for the mess we have today

In 2014, Janet Yellen’s first mission was to make sure the pending bills in congress to audit the fed and provide for more transparency did not pass. In late 2015 she started her crusade to begin raising interest rates to tame inflation.

“Could an ‘accident’ by Janet Yellen derail Clinton?

The general election is still almost a year away. But much about the economic picture that will frame the 2016 presidential race will come into focus in the next two weeks as the Federal Reserve prepares to raise interest rates for the first time in nearly a decade and the job market improves to levels not seen since 2007.

The overall backdrop – an economy that is strong enough for the Fed to start hiking rates – should favor Democratic front-runner Hillary Clinton.

But the first Fed move, which is widely expected to come on Dec. 16, presents a potential wild card that could roil global markets, slow U.S. growth and provide an opportunity for Republicans in an economy that retains significant structural problems that have left many voters deeply frustrated and casting about for tough-talking outsiders like Donald Trump.”

Rates were raised in December 2015. She was summoned to the White House and many suspect she was told to “cool it.” Additional interest rate increases came to a halt. The “too big to fail” banks got bigger and inflation raged on.

After the 2016 election, she immediately raised rates. CNN reported that, much like Bernanke before her, she proclaimed victory and congratulated herself for a job well done.

‘Now, it’s fair to say, the economy is near maximum employment and inflation is moving toward our goal,’ Yellen said….

…. She made no reference to Trump, who heavily criticized her during the campaign. Trump said in September Yellen should be ‘ashamed of herself’ for keeping interest rates so low.

…. While Yellen did not mention Trump or other Republicans who have criticized the Fed, she noted that an independent central bank is best for the U.S. economy.

‘The structure established for the Federal Reserve back then intentionally insulates us from short-term political pressures so we can focus on what’s best for the American economy in the longer run,’ Yellen concluded.”

While Trump criticized Yellen, she responded, “I can say, emphatically that partisan politics plays no role in our decisions about the appropriate stance of monetary policy.”

I looked up the definition of “Thou doth protest too much”:

“Overly insistent about something, to the point where the opposite is most likely true.”

If politics plays no part in the Fed’s decision making, I wonder why Bloomberg chimed in about the non-political Fed:

“.… Current policy makers may be keen to hammer out their strategy for another reason: Trump is expected to appoint a new leader at the Fed when Janet Yellen’s term as chair expires in February 2018.”

Madam Yellen is now Treasury Secretary. Current Fed head, Jerome Powell has protected the banks with excuses about inflation being transitory, doing all he can to put off raising rates while continuing buying bad debts from the banks.

“Treasury Secretary Janet Yellen on Thursday defended the Biden administration’s economic achievements over the president’s first year in office and said that she hopes to see inflation closer to 2% by the end of 2022.

…. She and other administration advisors have in recent months sought to quell public concerns about a sharp rise in prices thanks to widespread supply-chain disruptions and fierce demand for goods. The Labor Department said earlier in January that prices rose 7% in December on a year-over-year basis, the fastest pace of inflation since 1982.”

“Gas prices have been hitting fresh records for the past 11 consecutive days amid the energy supply crunch in the U.S., according to the American Automobile Association (AAA), which noted that the stretch of record-high prices at the pump is “unprecedented.”

Speaking with Fox News Digital, Andrew Gross, the national spokesman for AAA Inc. revealed that drivers should expect elevated prices throughout the summer….

…. All 50 states had a national retail price over $4 a gallon on Thursday, according to AAA, with Oklahoma offering the cheapest gas at $4.03 a gallon and California offering the most expensive gas with an average of $6.06.

…. Tighter supply and increased demand have pushed gas prices higher, according to the association.”

The price of oil affects the prices of everything we buy. When you constrict supply, prices go up.

Currently the administration is begging the Saudis to increase their output. I’ve never understood paying billions more for oil to foreign countries that foster terrorism versus increasing domestic production. Is the political class willing to destroy the dollar, middle class wealth and economy to support their environmentalist beliefs? I guess we are going to find out.

Despite the vehement, constant denials, the Fed is truly political, preferring to kick the can down the road, leaving the problem for others. Since the 2008 bailouts, each outgoing chair proclaimed their success while doing nothing but make things worse.

The Fed makes it clear the election cycle is more important than the business cycle.

In early May, Wolf Street reported:

“Powell Confident in ‘Softish Landing’ for the Economy, But We May Keep Inflation. Markets Can Figure Out their Own Landing

(In a Fed issued statement) Tightening might be ‘unpleasant,’ Fed Chair Jerome Powell said, but labor markets are very strong, and the balance sheets of consumers and businesses are solid, and they can handle higher rates, and ‘we have a good chance to have a soft or softish landing. The economy is strong and is well-positioned to handle tighter monetary policy,’ he said.

…. Nowhere in the statement does the Fed explain that the raging inflation followed $4.6 trillion in money-printing in two years that unleashed all kinds of craziness, including in the markets. But that party is over.”

Less than a week later, he backtracked, saying, “he couldn’t promise a so-called soft landing“ for the economy as the Fed raises interest rates to tamp down price increases running near their fastest pace in more than 40 years.

Powell just shared a blinding flash of the obvious!

Government spending is out of control, their policies are adding to inflation and will require a massive effort to get things under control. The fed is too little, too late. Inflation rages on.

If you don’t fix the cause, you don’t solve the problem.

In 2010 Bernanke told America the problem with “too big to fail” banks must be solved. While we have been fed lots of crap from various Fed heads, things are worse today. The Fed has provided no true oversight of the banking system.

Glass-Steagall must be immediately reinstated. As Bernanke said, regulators must be ready to shutter the largest institutions if they threaten to bring down the financial system.

Lord knows what it is going to cost to drive back to Indiana this summer…. Whatever you have budgeted for summer vacation this year…better double it! It’s not gonna be pretty.

On The Lighter Side

Thanks to webmaster Jeff and his team for keeping the ship afloat last week in my absence.

I was caught by surprise. Something wasn’t right and I went in for a blood test. Boom! Into the hospital for eight days.

My kidneys were not functioning properly. I was in a small hospital room hooked up to a bag of saline solution and various other concoctions, being constantly prodded and poked around the clock. My calcium levels were too high, causing other issues which needed to be immediately addressed. Next up, figure out what is causing the calcium to rise. Things are back down, close to normal levels and we are monitoring things while they tweak the necessary solutions.

When you get the results of a blood test and they tell you “your calcium is a little high”, I’ve never understood what a few points’ difference made. It’s not so simple as to add or subtract a piece of Wonder Bread from your daily diet. It was scary, glad we went in when we did.

I went in on a Thursday and came home the following Friday. It was like someone snapped their fingers and a week disappeared. 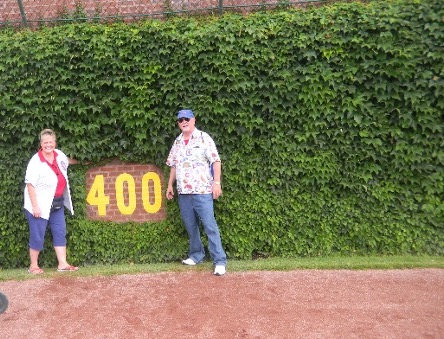 In Chicago, one of the first signs spring has finally arrived is when the ivy covering the Wrigley Field outfield wall turns green. I mentioned to Jo, it was still brown, kind of late this year. When I got home and turned on a game, the wall was covered with pretty green ivy. This photo was shot when Jo and I attended a fan appreciation event a few years back.

I normally write a week in advance and had this week’s article partially outlined on my desk. I’m glad I had some energy to get it put together over the weekend and meet my weekly deadline.

Quote Of The Week

While this week’s article is certainly frustrating, sometimes a medical event like I experienced draws things into proper perspective…

“It’s only when we truly know and understand that we have a limited time on earth – and that we have no way of knowing when our time is up – that we will begin to live each day to the fullest, as if it was the only one we had.”

“Economic independence is the foundation of the only sort of freedom worth a damn.” – H. L. Mencken

Affiliate Link Disclosure – This post contains affiliate links. If you make a purchase after clicking these links, we will earn a commission that goes to help keep Miller on the Money running. Thank you for your support!